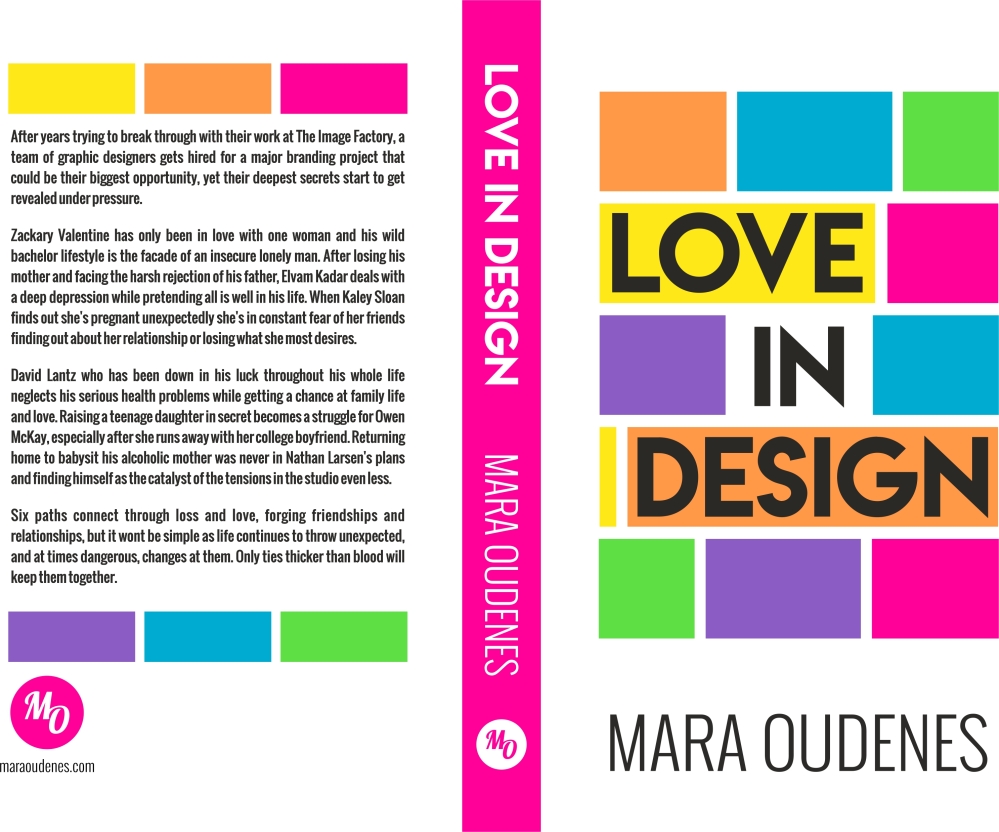 Available in paperback and Kindle edition in Amazon.

After years trying to break through with their work at The Image Factory, a team of graphic designers gets hired for a major branding project that could be their biggest opportunity, yet their deepest secrets start to get revealed under pressure. Zackary Valentine has only been in love with one woman and his wild bachelor lifestyle is the facade of an insecure lonely man. After losing his mother and facing the harsh rejection of his father, Elvam Kadar deals with a deep depression while pretending all is well in his life. When Kaley Sloan finds out she’s pregnant unexpectedly she’s in constant fear of her friends finding out about her relationship or losing what she most desires. David Lantz who has been down in his luck throughout his whole life neglects his serious health problems while getting a chance at family life and love. Raising a teenage daughter in secret becomes a struggle for Owen McKay, especially after she runs away with her college boyfriend. Returning home to babysit his alcoholic mother was never in Nathan Larsen’s plans and finding himself as the catalyst of the tensions in the studio even less. Six paths connect through loss and love, forging friendships and relationships, but it wont be simple as life continues to throw unexpected, and at times dangerous, changes at them. Only ties thicker than blood will keep them together.